Riders on horses, in a field, on the property of Juckas Stables on Route 302 outside of Pine Bush has been a standard sight for decades. Seeing a tripod capturing a video of those horses, wranglers, and the new owners, to later be posted on Tik Tok – well, that’s new.

When Karen Juckas passed away in June 2020, she had lost her beloved partner of over 40 years, Don Maney just three weeks prior. Karen’s daughter, Pam Juckas, took the reins temporarily. About one year later, Pam put the business up for sale while the local community held their breath and hoped the land would not be purchased by a developer, but rather someone who also had an unbridled passion for horses. Maybe they would even carry on some of the Juckas Stable legacy.

“I started thinking about it, creating a five year plan, and I was excited,” said Lori Maney-Lentini. “I talked with my nephew, Brian (Stevens), and we did what we had to do to make this happen. We are keeping the name and will be merging my father’s and Karen’s lifework together. My father, Don Maney, bought and sold horses in Goshen and had a tack shop.”


“We are keeping the important rides and programs and adding an adult horsemanship class” explained Stevens, “and are lowering the prices for some.”

Maney-Lentini added, “Specialty experiences will be offered like a Date Night which would include a half-hour ride, a hay wagon ride, then sitting under the stars at the fire pit with s’mores. I’ve spoken with Hudson Valley Marshmallow Company about using their products which are flavored marshmallows. We would also have Singles and S’mores night which would be the same overall idea but not targeting couples. Tranquil Trails would include detox tea and a copy of my book, ‘Anxiety Insights.’”

“A petting zoo will be coming soon,” said Stevens, “right up front here with some family lawn games and pony rides.”

“Right now, the focus is also on having more riding times, expanding leasing options and offering programs that will let a person grow throughout their childhood from early lessons, summer camp, and then as an adult.

My five year plan includes moving the stable area around and expanding to have a dedicated space for events like weddings and birthday parties,” Maney-Lentini shared.

Continued Fun
“Juckas Stables is a Western Barn and we are bringing the fun stuff back,” said Maney-Lentini. “Another goal is to bring back shows next year. Familiar and experienced wranglers will be on hand as well as the return of some former staff and managers.”

Legacy and Lace Store
“A memorial wall for Karen is being planned and will feature pictures and clippings of her and the business through the years and as a real nod to her, we are going to be incorporating more use of the color turquoise which was her signature color. The Legacy and Lace store is still being developed but the hope is to have local artists, artisans and authors merchandise on hand,” said Maney-Lentini.


“The community has been amazing and we have received an outpouring of in person and social media support,” shared Maney-Lentini. “Everyone is welcome. We will be open year round and everyone will still find a little bit of Karen here.”
To learn more, call 845-361-1429 or email juckasridingstables@gmail.com.
Tweet
Share

The Shawangunk Town Board is expected to vote to ban cannabis dispensaries and on-site consumption lounges in the town for the time being after a Dec. 16 public hearing is held on an opt-out local …

TOM considers cannabis ban The Town of Montgomery is expected to join the growing list of communities to opt out of a new state law that permits the sale of marijuana products. The town board has scheduled a public hearing …

A question of confidentiality lingers in Walden Debate over confidentiality, the roles of various village officials and the decor of the meeting room highlighted last week’s Walden Village Board meeting. Tensions were raised when Trustee …
Local News

The long-awaited update to the Town of Gardiner’s Comprehensive Plan inched towards approval by the Town Board after eight residents gave their views of the draft proposal on Nov. 16. It now …

Senator James Skoufis presented the Village of Walden with a $370,000 grant to support construction of the village’s new community center. The center, to be located in Olley Park on Sherman … 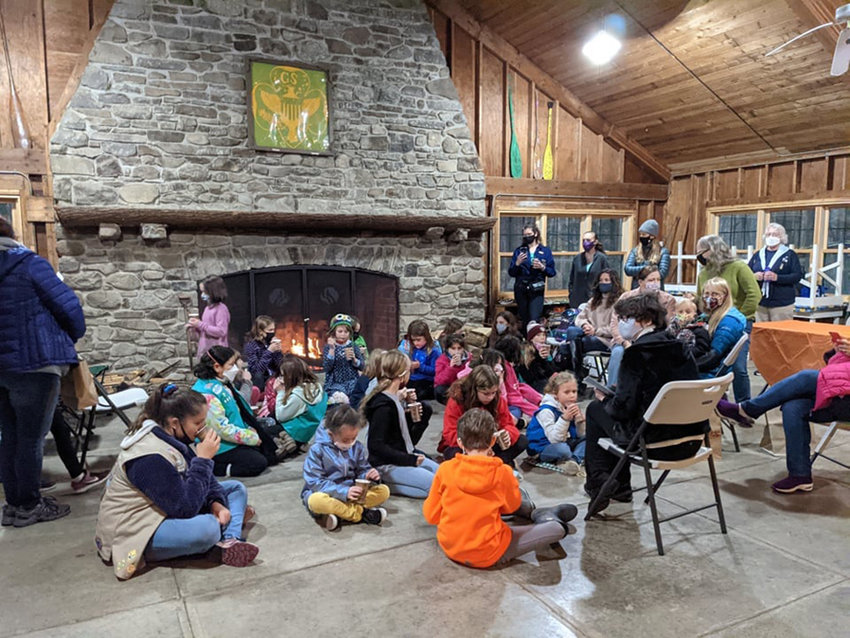 Camp Wendy, a beloved Girl Scout Camp located in Wallkill and donated by the Borden Family, is the possible latest casualty on the chopping block for the Girl Scouts Heart of the Hudson. Camp Wendy …