One killed, one injured in Lander Street fire

A fire on Lander Street in Newburgh has left one person dead, another injured.

One killed, one injured in Lander Street fire

A fire on Lander Street in Newburgh has left one person dead, another injured.

On June 15, at about 10:48 p.m. the City of Newburgh Fire Dispatch was alerted to a reported kitchen fire at 68 Lander Street. At 10:49 p.m. the first arriving Assistant Fire Chief (AFC) reported a large volume of smoke coming from all three floors of a middle of the block, row type brick house, with visible fire on the first and second floor. A Second Alarm was immediately sounded.

Almost immediately after stepping from his vehicle this same AFC witnessed an adult male jumping from the third story window and landing on the front steps of the building. At almost the same time the first three-person crew arrived on location with Ladder 1. With a report of an additional female trapped in the building, two crew members attempted to make entry via the front door to search for the occupant, while the third member attempted to move the severely injured jumper away from the front door and tend to his injuries.

Due to severe fire conditions the search members were unable to get into the house, and due to wires across the front of the buildings the Ladder truck was unable to operate.

At approximately 10:52 p.m. three additional firefighters arrived on the scene with Engine 3. These three members secured a source of water from a hydrant and began stretching two hose lines to the front door of the building. As lines were being stretched members of Ladder 1 raised a ground ladder to try to gain access to the third-floor window. As a member attempted to make entry via a ground ladder severe heat conditions prevented him from doing so.

Firefighters began fighting the fire on the first floor so they could make their way to the upper floor to search for the missing occupant. Once they made their way to the second floor, they discovered that the stairs between the second and third floor were completely burned away.

At 11:14 p.m. the second due engine, staffed by three members, arrived on scene and began to assist with extinguishment. As the volume of smoke reduced it became evident that the female occupant that had been missing was leaning partially out of the third-floor window. An additional attempt at reaching her via the ground ladder was again prevented by severe fire conditions venting out the window above her.

As additional resources began to arrive and the fire was darkened down in the original building firefighters began the process of trying to extinguish the fire that was burning in the cockloft/void space above the apartments that had now spread to the three adjoining buildings.

The cause of the fire was determined to be a cooking oil fire that the occupant threw water onto and created a larger fire. Smoke detectors in the home did function, but the fire had already enveloped the stairway that people would have used to get out of the building. There are no requirements for fire extinguishers or fire escapes in today’s one or two-family buildings.

As a result of the fire one male was injured and one female is deceased.

The City of Newburgh Firefighters IAFF Local 589 cited recent cutbacks as a factor that delayed an adequate response to this fire.

“With one engine and one truck on the scene, there were still only seven firefighters to manage fire supression with advanced fore conditions, a victim with critical injuries and an additional trapped victim for another 11 minutes until mutual aid companies arrived,” the union noted in a statement released Thursday.

The release noted the closure of Engine Company No 1 at Grand Street, announced last December by the City Manager, due to layoffs and injuries.

“The delayed arrival of Engine 3 (from the west end)  meant that the fire had the opportunity to double in size six to eight times,” the union noted. “Had Engine 1 been in service and arrived in conjunction with Truck 1, fire suppression could have begun immediately. It is our opinion that applying water immediately would have made an enormous difference in the outcome of this fire. In total, it took five companies from the City of Newburgh and eight mutual aid companies to bring this fire under control. Three firefighters received minor injuries and were treated at the scene” 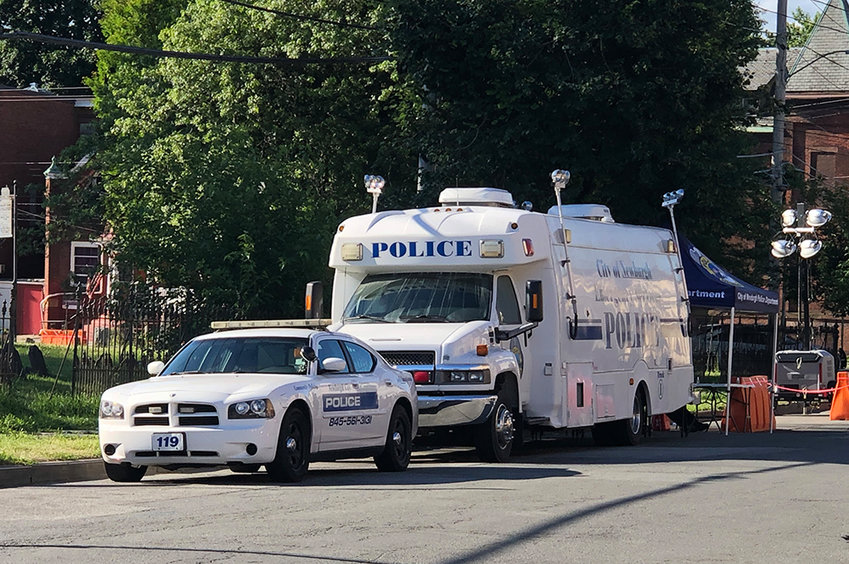 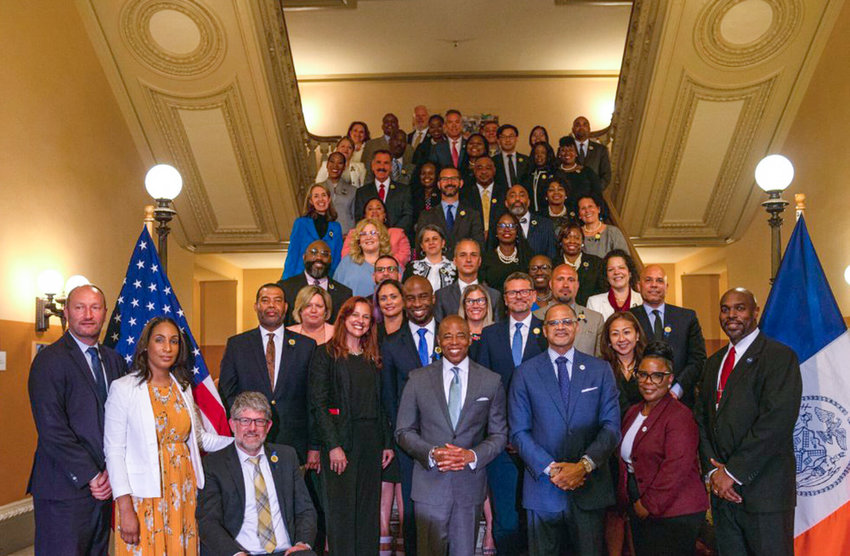