The Newburgh Armory Unity Center and Kiwanis Club of Newburgh joined together on Saturday April 30 for the celebration and grand opening of a new playground for the children of Newburgh.

The Newburgh Armory Unity Center and Kiwanis Club of Newburgh joined together on Saturday April 30 for the celebration and grand opening of a new playground for the children of Newburgh.

This new playground was spearheaded by resident Valerie Bryant, who serves on both the NAUC board and is an active member in the Kiwanis Club.

The site preparation was donated by Lynn Warren and his crew. The remaining $7,000 will be used for the construction of another smaller playground for another community center.

The Kiwanis International organization was first founded in 1915 and is dedicated to the service of children all across the world. International membership spans across 80 countries. 600,000 members dedicate over 18 million service hours a year. Members of this organization attend regular meetings and participate in their communities through various service events and fundraisers.

With this new playground project completed, the club hopes to create a positive impact here in the greater Newburgh community and to make the community aware of the service NAUC provides to the children of the area.

“The playground actually gives the indication that this is a safe place for the kids in the neighborhood,” Bryant said. “Come on, play in the playground.”

In attendance for the ribbon cutting ceremony were Nancy Proyect, NAUC Executive Director, Assemblyman Colin Schmitt, Lynn Warren, owner of Lynn Warren Landscaping, Robin Bello, President of the Kiwanis Club of Newburgh, members of the Knight of Columbus, NAUC parents and children and Kiwanis Club members.
Schmitt presented a certificate of merit to the Kiwanis Club for their work and service here in the surrounding community. Certificates of appreciation on behalf of the Kiwanis Club were also presented by Bello for the work done on the playground to several partners and supporters in attendance.

To learn more about the Kiwanis Club of Newburgh, please visit their website at kiwanisofnewburghny.org. 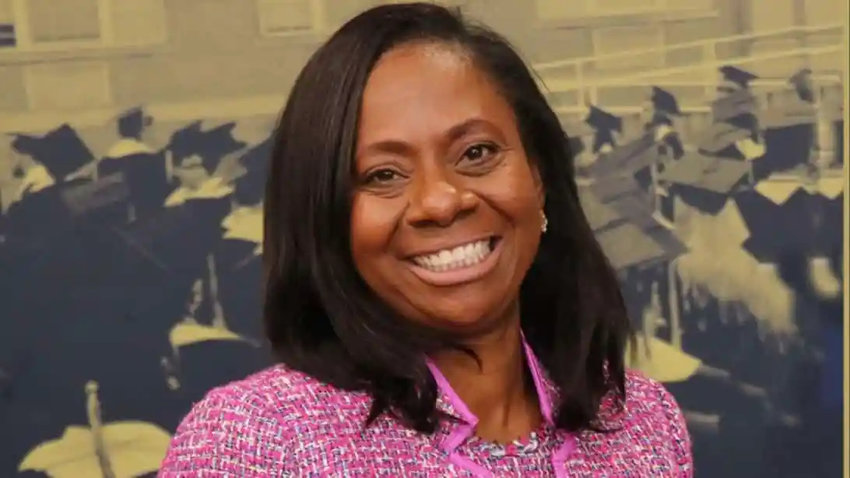 Dr. Jackielyn Manning Campbell was named Superintendent of Schools for the Newburgh Enlarged City School District at a special meeting of the Board of Education held Thursday, May 26.  She …

More than 500 receive degrees at MSMC Commencement With a beautiful Hudson Valley day as the backdrop, Mount Saint Mary College recognized more than 500 graduates at its 59th annual Commencement Ceremony on Saturday, May 21. Of the graduates, the …

New Windsor honors past heroes Town of New Windsor residents, families and veterans joined together in preparation for Memorial Day, on Sunday, May 22 with a memorial service followed by the return of the Memorial Day Parade later …
Local News

Newburgh City Council approved the resolution for the dedication of the Newburgh Colored Burial Ground Memorial in Downing Park. At the regular city council meeting on Monday, May 23, Ramona …