Battery storage on the river?

Battery storage on the river?

Scenic Hudson is proposing that Danskammer use their site for battery storage instead of building a new gas fired power plant.
Posted Wednesday, January 6, 2021 3:24 pm
By Mark Reynolds

In the first of a two part series, Scenic Hudson’s Environmental Advocacy Director, Hayley Carlock, hosted an online presentation that highlighted alternatives to a newly proposed, gas-fired Danskammer power plant in the Town of Newburgh. This week focuses on the economics and financing of the project.

Carlock said “it is no secret” that Scenic Hudson is opposed to the new plant because of the environmental and climate change impacts posed by the project, “but we understand that some people in the community are concerned about potentially losing an industrial development that provides significant funds to the local tax base.” She highlighted several points that everyone can agree upon; “we all want to protect everything that makes the Hudson Valley a great place to live, work and play. We all want a healthy environment, a healthy economy and healthy people.” She noted that Danskammer Point can be an asset to the community because of its ability to create jobs and contribute to the tax base.

Carlock interviewed James Guidera, of Ghent Associates, who has 30 years experience of working with U.S. and international banks on the financing of energy projects, from gas-fired plants to utility-scale wind and solar projects. He took a close look at the financial merits of Danskammer’s current plans for a new gas-fired plant as well as for a battery storage facility at the site.

Guidera said that a 500 mega-watt power plant would cost about $600 million and in order to finance this, Danskammer would have to raise $300 million in debt and the rest from other investors. The company would have to convince them that their project would be profitable, despite more capacity that is being added in the Hudson Valley. He said raising this amount of capital might have been possible a few years ago, “when the region was expecting to lose capacity from the closure of the Indian Point nuclear power plant in [Westchester County] and when power prices and capacity prices favored new capacity additions, but those additions have been made in the last three years by others and it wouldn’t be feasible today to add another 500 mega-watts of capacity to the market.”

Guidera said New York State is organized as a competitive wholesale market, with typical local utility companies like Central Hudson, buying their electricity from the power market, where current prices are set through auctions that take place throughout a given day. He said prices must be high enough to be profitable for a gas-fired power plant during peak periods when the electrical load in a region is “peaking”. He said in recent years a combination of forces have reduced prices in the lower Hudson Valley and throughout the state.

Guidera said besides low gas prices, low demand for electricity and new capacity added by other developers, generating companies in New York State are subsidized with, “capacity payments,” so there will always be sufficient reserves of electricity and never a moment when there is not enough electricity to satisfy the demand.

Guidera said capacity payments are determined by auctions that are run by the New York Independent System Operators, “under a formula where they are high when we need more capacity, when the reserve margins are getting low and they are low when we have too much power.”

Guidera said in 2019 when two new regional plants added 1800 mega-watts of power, the capacity market collapsed. He said there were, “too many generators bidding into the market and so capacity prices that really would have motivated lenders and passive equity investors to finance yet another plant, such as what Danskammer is proposing, would no longer be available. They were unpleasantly surprised with how quickly capacity markets dropped for the projects they have financed.”

Guidera said the pandemic has also “softened” demand but the impacts from the overbuilding of plants in the lower Hudson Valley prior to the health crisis was seen in early 2019.

“That’s not going to go away. The load might recover somewhat but we have more kilowatt hours of capacity being produced by the new gas-fired plants and upgrades to existing plants so prices will be soft for awhile,” he predicted.

Guidera said climate policy in New York State is not favorable toward gas-fired electrical generation, which will adversely affect Danskammer’s prospects. He noted that among the goals of the 2019 Climate Leadership and Community Protection Act is to add 9,000 Mega-watts of offshore wind power and 6,000 Mega watts of distributed solar power to the New York power pool.

“Once deployed these sources do not have marginal costs so the more you add wind and solar to the generation mix, the more you are adding generators who can bid into the power auctions at whatever prices are prevailing,” he said. “They will have the effect of depressing energy prices as they become deployed and narrow even further the moments that a gas-fired generator can operate, such as Danskammer’s decades old plant.”

Guidera said a new Danskammer power plant might have looked good 3 or 4 years ago but with the new plants on line and upgrades that have been made in the region, “the need for a new gas-fired plant is not apparent at all.”

Guidera touted the positive aspects of turning the Danskammer site into a battery storage facility, pointing out that although storage facilities are fairly new, they have been proliferating in recent years, “at a dramatic pace.”

Guidera said the facilities are lithium battery based, which has been used in recent years to power automobiles. Because of the demand for these types of batteries, they are becoming more affordable.

“The batteries are stored in racks as modules within container-sized shelters that have sufficient heating and cooling to control the climate that is required for these types of facilities,” he said.

Guidera said these bulk battery facilities are charged when electricity is the cheapest, “so they can discharge during peak hours, thereby earning an energy arbitrage profit and also performing other services for the grid that are compensated in New York and in other markets...The economics for batteries is going to improve on the compensation side and then on the investment side, we’ve seen a downward trend in the capital cost of installing these sources and that’s only got to come down further as supply chains expand and improve.” 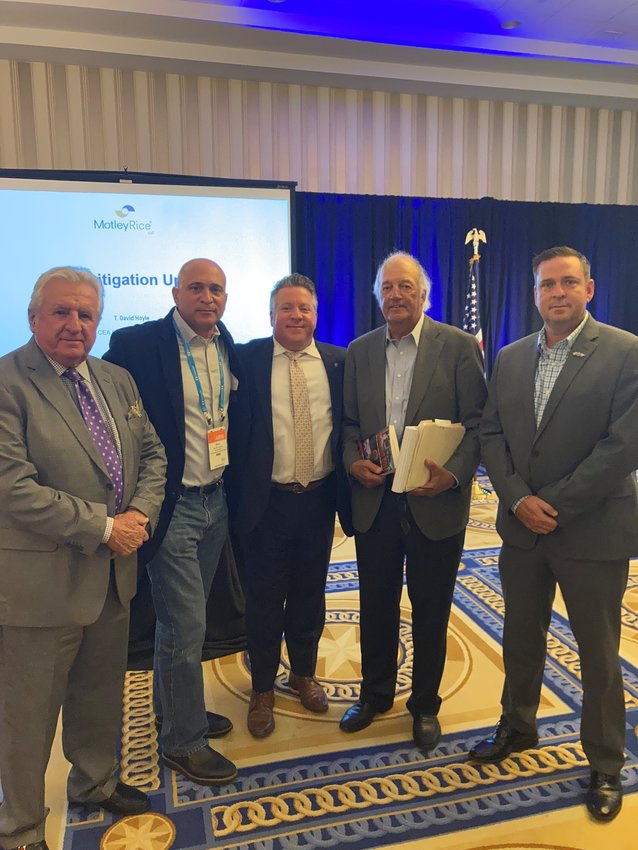 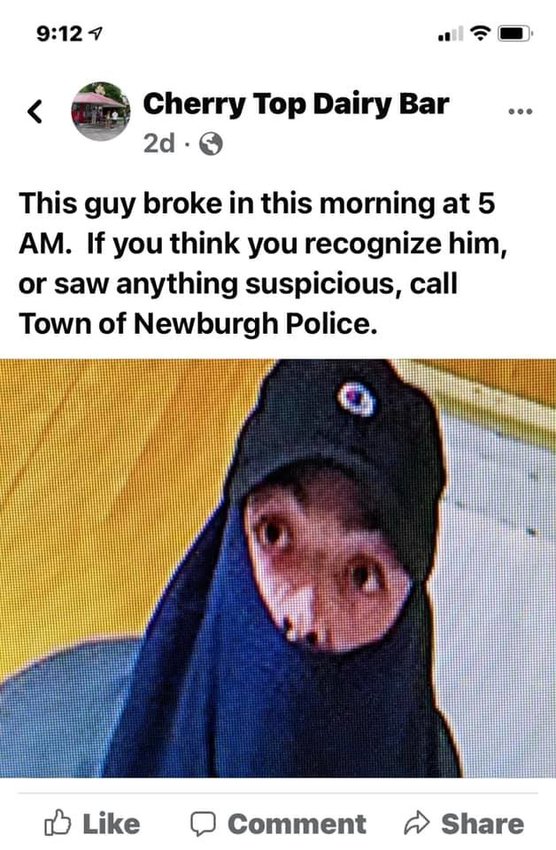 Cherry Top burglarized Town of Newburgh Police are in search of the man who broke into the Cherry Top Ice Cream Stand on Route 32, Plattekill,  early Sunday morning. The burglary is believed to have occurred at … 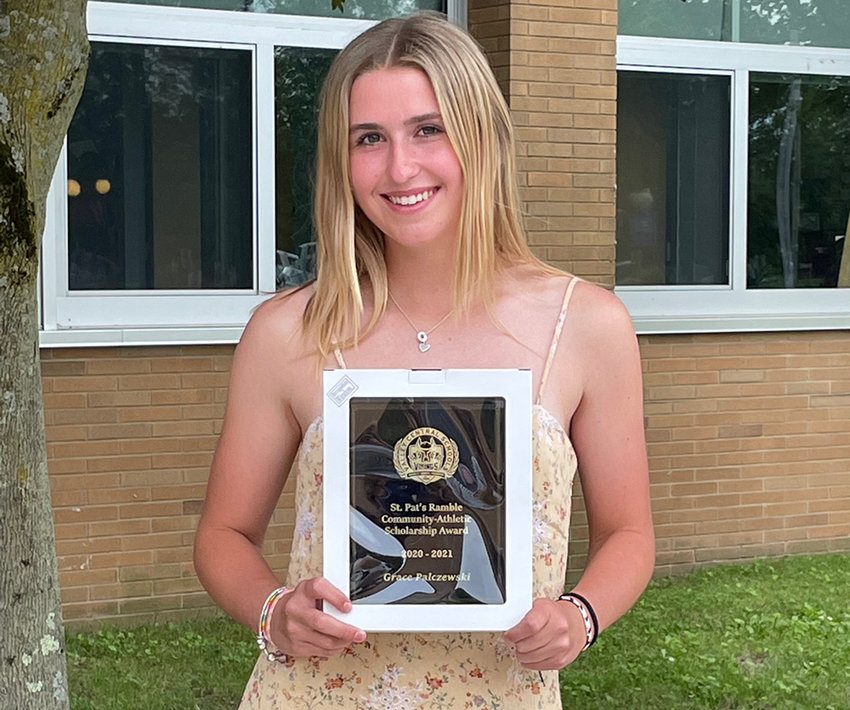 CFOS awards $462,525 in scholarships It was a challenging year for high school seniors who had to be resilient in the face of the many impacts of COVID-19. However, their futures are extra bright thanks to the generosity of the donors … 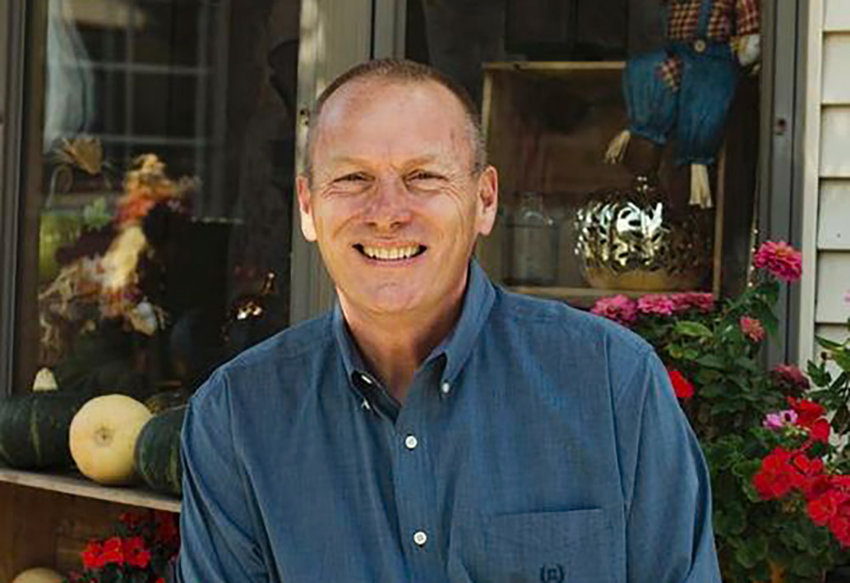 Lloyd mourns former Supervisor, Legislator Paul Jon Hansut, a lifetime public servant, whose battle with pancreatic cancer earned him the admiration of his community, died July 17, at home, with his family by his side. He was …
Joyriding car thieves a problem in Marlborough “I’m glad we’re back — seeing all your smiling faces… We’re back. We’re doing well,” Town Supervisor Al Lanzetta said at the top of the Marlborough …
Local News 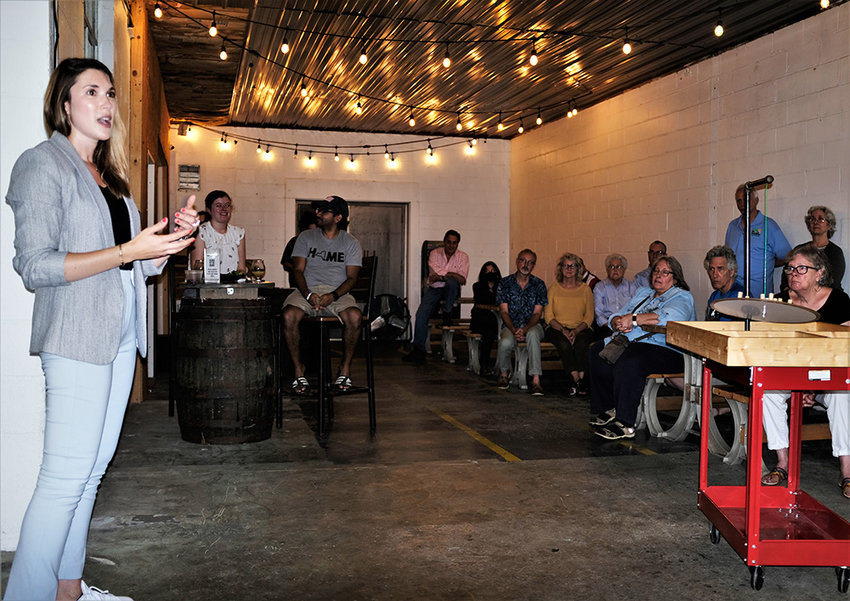 Recently, State Senator. Michelle Hinchey [D-NY46] held a community forum at the Hudson Ale Works in Highland to inform her constituents on what she has been doing at the state level during her … 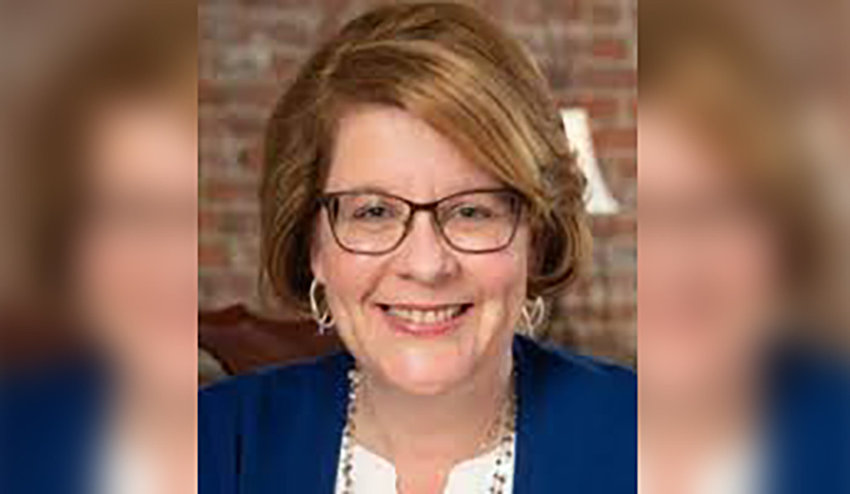 On Tuesday, July 13, 2021, members of the Ulster County Democratic Committee (UCDC) endorsed Sarah Rakov as the Democratic Nominee for Ulster County Family Court Judge. The nomination was made at a … 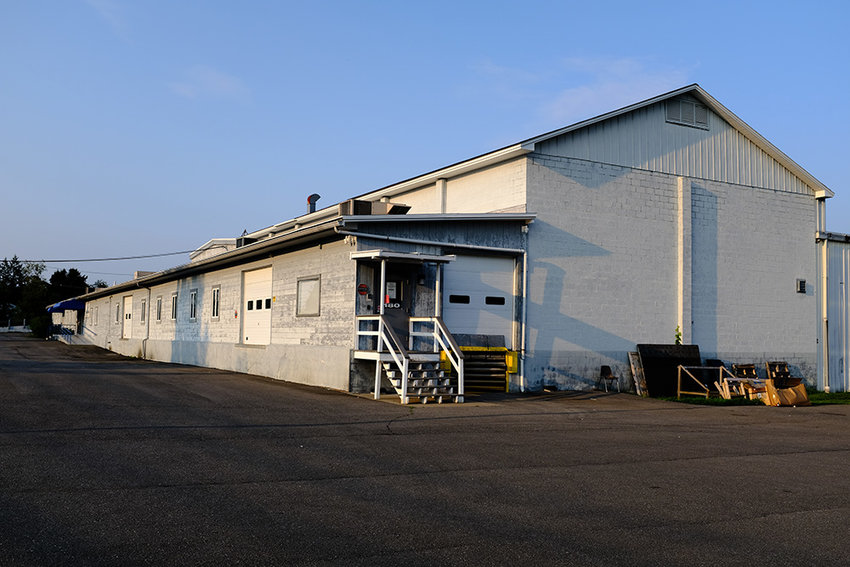 Lloyd Building Department Director, Dave Barton described 2020-21 as, “an interesting year for enforcement by my office.” He recently took action against DJ Direct, owner of the former …